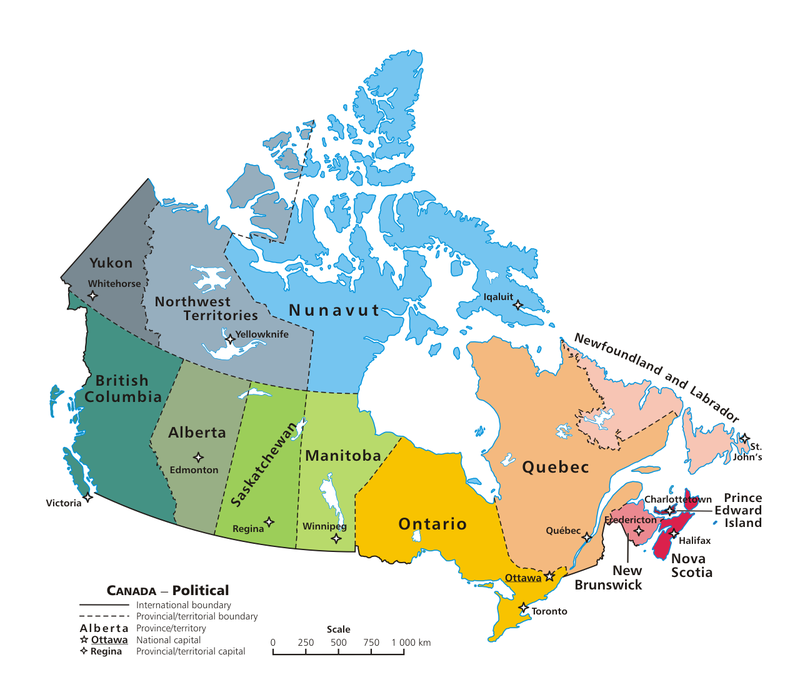 Canada is a very big country. It's in the northern part of North America and with 9,984,670 km2 (fresh water areas are in this number) it is the second largest country in the word. Only Russia has a larger total area. Canada has over 2,000,000 lakes, more than any other country. Temperatures can be quite extreme in Canada. There are some areas where you have summer highs of up to 40 °C and in winter temperatures can get as low as -40°C in other areas. Canada has three coasts with the Pacific on the west, the Atlantic on the east and the Arctic ocean on the north.

People in Canada speak many different languages but there are only two official languages, English and French. In Canada people also pay for what they buy in Dollars. It's not the US Dollar because Canadians have the Canadian Dollar.

UTC means Coordinated Universal Time. It's 0 (zero) is the Meridian Line in Greenwich, London, GB. In Germany we are UTC+1 and when it's summer time it's UTC+2. So if you want to calculate the time difference you can simply count times zones. UT+1 to UTC is one time zone. UTC to UTC-4 is four time zones. Add 1 + 4 and you get a difference of 5 time zones.

2
Task
Fill in the table for Canada and the USA. The flags you can draw or describe. Use the text and Wikipedia (https://simple.wikipedia.orgwikiUnited_States = QR Code).
3
Task
Write two short texts about the USA and Germany. Use the text about Canada as an example.

Germany is not a very big country. It's only ... Countries next to Germany are ... In the north there are two ...