The Atlantic slave trade developed after trade contacts were established between the "Old World" (Afro-Eurasia) and the "New World" (the Americas). For centuries, tidal currents had made ocean travel particularly difficult and risky for the ships that were then available, and as such there had been very little, if any, maritime contact between the peoples living in these continents.[8] In the 15th century, however, new European developments in seafaring technologies resulted in ships being better equipped to deal with the tidal currents, and could begin traversing the Atlantic Ocean. Between 1600 and 1800, approximately 300,000 sailors engaged in the slave trade visited West Africa.[9] In doing so, they came into contact with societies living along the west African coast and in the Americas which they had never previously encountered.[10] Historian Pierre Chaunu termed the consequences of European navigation "disenclavement", with it marking an end of isolation for some societies and an increase in inter-societal contact for most others.[11] 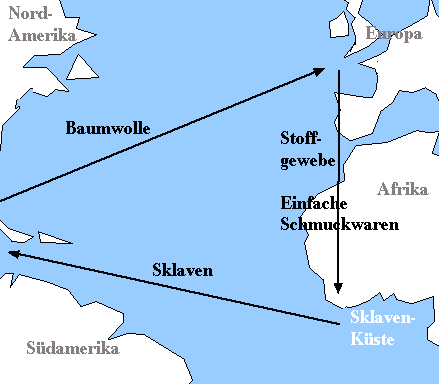 1
Dreieckshandel2
1
Can you interpret the two charts? Start your trip in Europe.
(1-7) 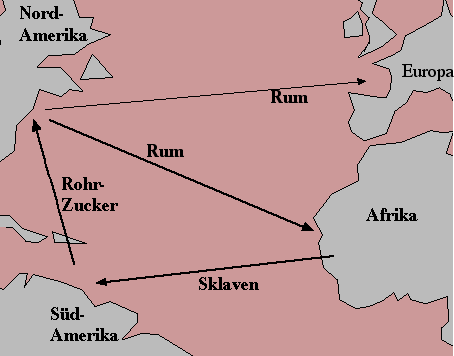