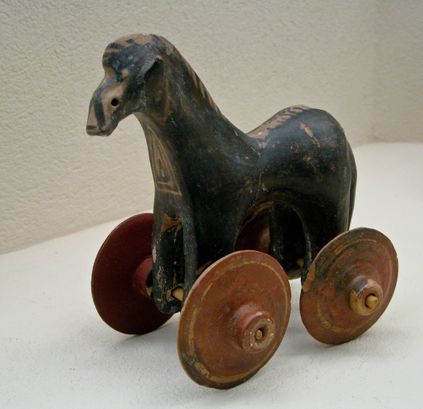 Before you read the text:
What do you think 🤔 What games did children play in Ancient Greece?

We don’t know much about childhood in Ancient Greece. This is because most of the documents, like books, were destroyed at some point in history. Also, historians mainly wrote about historic events and not about everyday life.

We know a little bit about the life of the upper class, the rich families.

In rich families, children had time to play. They even had toys. Scientists have excavated toys. They have found the following: push carts, marbles and dolls with movable arms. Archaeologists have also found dice which are similar to ours.

One popular game was “knucklebones”. For this game, children used bones from goats that have a shape like dice. One game was to throw the bones into the air and try to catch some of them with the back of your hand.

Another toy that is still used today was the yo-yo. They were made from wood, metal and terra cotta.

We can assume that children of poorer families – and most families were poor farmers, had less time to play. They probably had to work as soon as they could.

But they probably also had toys. Knucklebones were toys that didn’t cost anything, since they were simply leftover bones. You could make up all kinds of games with them. 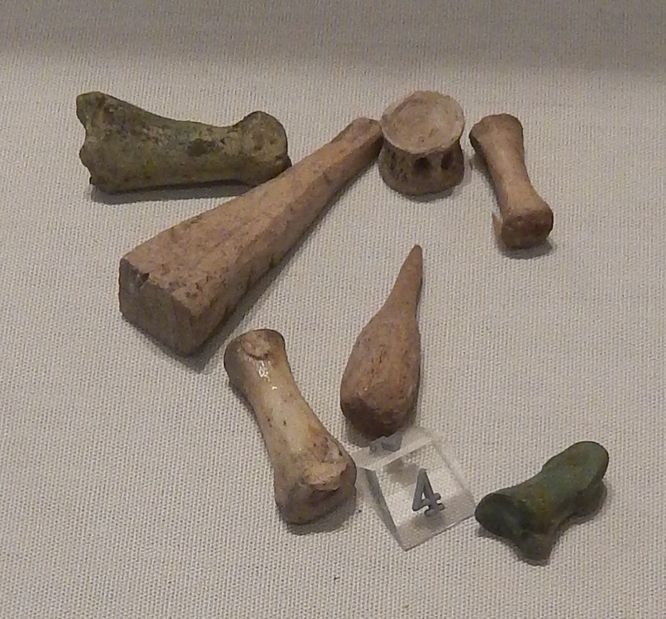